As Told From the North 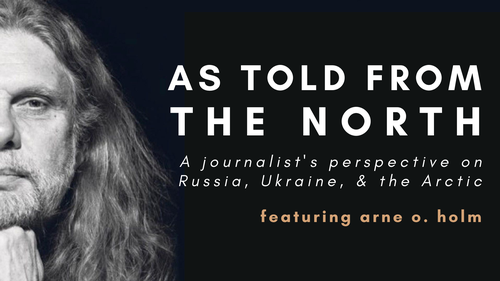 With the pandemic withdrawn and borders reopened, journalist Arne Holm was scheduled to hit the road to Northwestern Russia in a mobile newsroom earlier this year. However, his plans were abruptly changed due to Putin’s invasion of Ukraine. Instead, he spent the next few months traveling the border of Russia, interviewing people who want to live in peace with their neighbors.

Now it’s your turn to ask him anything – what he’s learned, who he’s met, and what he thinks the future of Russia and Arctic relations will look like.

“In a number of different ways, everyone who live in the North have woken up to a new everyday life, one that has taken a different direction. Perhaps towards a lasting change of Europe.” – Arne O. Holm